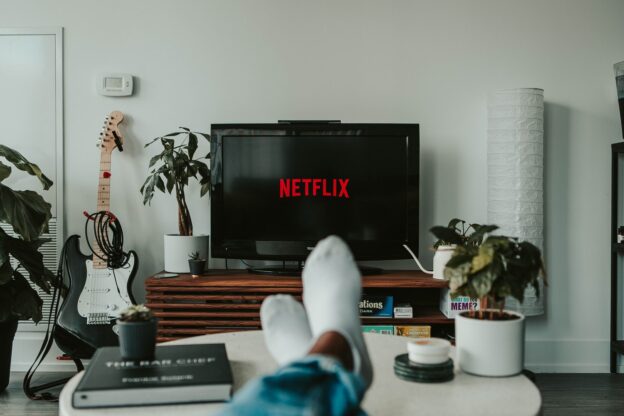 I think anyone that started lockdown one with Tiger King can agree this year has been a rollercoaster of TV viewing! Suddenly finding ourselves holed up at home with little else to do, the nation was united in its reliance on TV for entertainment and distraction. What followed was a boom in popular TV choices that have painted the pattern of our collective interests over a strange and challenging year; and what a picture that has made!

Pretty early on, the news became a constant anxiety trigger and stats show that we started to tune out. Almost as one we turned to the streaming services for relief! Netflix and Prime were as strong a pull as ever, giving us fresh content without the stress of reality. Kudos also to Disney plus for their timing, releasing their catalogue just when we were our most thirsty! Perhaps there was something comforting in rewatching their classics on a locked down weekend?

Not all of us needed our cartoon fix though. There’s all types out there! Apparently horror fans who have been spending their screen time watching a lot of apocalypse films before the pandemic have found lockdown significantly easier than the rest of us. They’re tougher than us Trickboxers, although with lockdown’s rolling out one after another maybe we should consider hitting up their side of Netflix!

Despite these die-hards, the rest of us have needed some solace. There seems to have been a significant trend over the course of the year, towards human interest and feel-good TV. In a behind-the-scenes documentary on popular show The Queen’s Gambit, the Director suggested a lovely idea; that we don’t watch TV programmes or films anymore, we just want to watch good stories. It’s as though more than ever we’re drawn to other people’s experiences as escapism.

In a year with record turn-outs for community help groups, nationwide support of the NHS and the championing of ‘ordinary’ heroes like Captain Tom Moore, we’re more aware than ever of reaching out to those around us. Is our TV viewing a reflection of this? It might be that in our isolation we are subconsciously replacing human relationships and interaction with on-screen content. Perhaps even in looking for the same experiences and uniting in our interests, TV is bringing us closer than ever.